Delton Smith began his tourism career at the T-Water Hotel in 1981 working as a waiter and later a supervisor.

After a few years, Delton bought his first car and began showing the hotel guests parts of Negril that were

interesting and famous such as Rick’s Café and the old Great House in New Hope.

Visitor’s were enjoying Delton’s great driving skills, his knowledge of Jamaica’s history and his desire to share the unique Negril that was just developing for tourism.  Delton continued to evolve and expand his tours and airport transfers.  He bought his first van to make it easier for airport days – instead of 2 passengers, the van was able to assist 6-10 persons at one time.

More attractions were opening in Westmoreland, and more vehicles were needed for the now expanding all inclusive hotels.

The business grew and more driver’s were hired for the newer buses being acquired.

Today Delton, and his son Oneil, along with Jack, Courtney Peter and John – provide the comfortable vehicles including a 7 Seater, a 15 Seater and 3 Coaster buses that seat 20 persons.

Delton Tours is based in Negril but we offer tours all over the Island.

Partnering with The Jamaica Connection, we continue to provide A1 service to all who utilize our services. 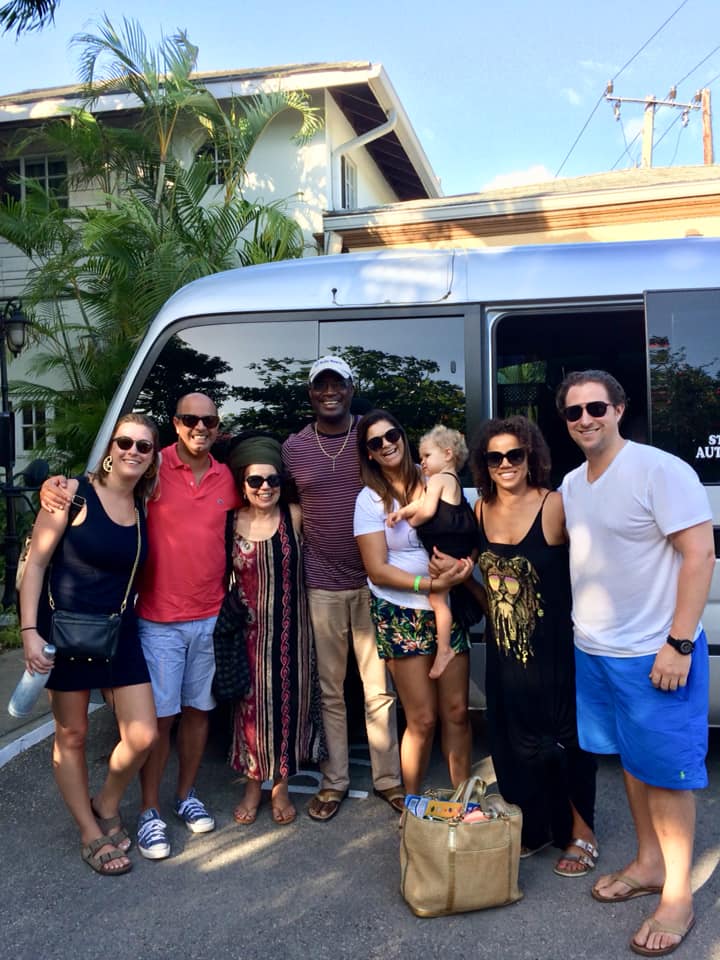